The Town of Northlake has a relatively recent history as compared with its neighboring communities. Northlake was incorporated on December 28, 1960. The action to incorporate was motivated by the concern that adjacent cities, including the cities of Denton and Fort Worth, had designs to absorb the community of ranches into their corporate limits. Up until that time, the area where the new Town was located consisted of only a number of ranches, and very little other uses. As described by Nita Seals, a former Mayor, “There were rumors of other towns coming out to get us and we didn’t want to be in another Town.” The original shape of the Town resembled children’s building blocks connected together with strings. According to Seals, “The area [that] we incorporated was all ranch. So [we] took in the roads first and [then we] took in the land.” Over a period of time, the areas outside the original corporate limits have been filling in the gaps.

Dan and Margaret Ashmore, who served as the first Mayor and Town Secretary, enlisted the support of at least 200 people and prepared the paperwork required for incorporation. The next forty years saw very little growth for the community; however, the purpose of incorporation was not to grow but rather to protect the rural character that they had known prior to incorporation. In fact, after incorporation, the population of the town was recorded as being only 20 people in the 1970 census.

Northlake celebrated 50 years as a Town in December 2010. Northlake was incorporated on December 28, 1960. A picnic to honor the founding families and a public reception were just two of the ways the 50th anniversary was celebrated. A cookbook was compiled to commemorate the 50th anniversary of Northlake. You may download a digital copy of the cookbook by clicking on the link at the bottom of this page.

$883,900
5 Beds ⋅ 4 Baths ⋅ 20054432 MLS ⋅ Courtesy of Berkshire HathawayHS Worldwide
This Argyle ISD beauty will be gone in a flash! Hurry to see this today! What's better than new? Almost new without the wait or the hassle. This home has all of the bells and whistles... upgraded 52 inch cabinets, plantation shutters throughout, upgraded light fixtures, upgraded countertops, smart ovens, butler's pantry, stand alone tub in Master Bedroom, vaulted bedroom ceilings, built-in workstation and space for everyone! This large backyard is begging for a pool and can easily accomodate one, just imagine the entertaining you could do with this 65 ft. lot. The attention to detail makes this home unique and exquisite. The kitchen alone is enough to make the aspiring home cook swoon; this oversized island with curved seating edge is perfect for the gang to watch you mix up your best recipe on this gas cooktop, double ovens and sleek countertops all while keeping you company from the open concept kitchen and living area. Call today for a private viewing.

$375,000
2 Beds ⋅ 3 Baths ⋅ 20056036 MLS ⋅ Courtesy of Keller Williams Realty
Looking for a turnkey, low maintenance home? This 2-story townhome in Pecan Square is perfect for you! The home is bright and open with lots of upgrades throughout. Downstairs you will find a large living room, office and eat-in kitchen. Upstairs you will find the master suite, laundry and the secondary bedroom and bathroom. This townhome also has a great patio, nice sized yard and two car garage. Along with this beautiful home comes great amenities including a community pool, event space, basketball, pickleball court and much more! You don't want to miss this one!

$569,900
3 Beds ⋅ 3 Baths ⋅ 20052648 MLS ⋅ Courtesy of ThirtyFive 20 Realty, LLC
Fantastic Property in the award winning Harvest subdivision by Hillwood!! Come see this 3 bedroom, 3 bathroom, huge game room, plus office property fast. Very flexible space if you need a 4th bedroom. Plenty of places for all your friends and family to spread-out and relax in. PLUS your own backyard oasis with a pool and spa!!!! Grill out while everyone cools off in the pool!! Lots of high end upgrades!! So many amenities in the Harvest Community. Pools, gym, playgrounds for all ages, basketball court, sand volleyball courts, gathering hall, a lake to fish in, the list goes on and on! Also located in the highly desirable Northwest ISD!! This property will go fast!

$547,500
4 Beds ⋅ 2 Baths ⋅ 20055148 MLS ⋅ Courtesy of Ebby Halliday, REALTORS/FM
Highly sought after 4 bedroom home in Pecan Square! This gorgeous Perry home received more than $30,000 in upgrades when it was built in 2020. The open floorplan features a sparkling white kitchen with quartz countertops and stainless steel appliances. Beautiful and durable wood-look tile throughout. You will love the wall of windows in the living room and breakfast area. 12-foot coffered ceilings in the entry way and dining room add to the spacious feel of this lovely home. Don't miss your chance to see all that this home, and Pecan Square, have to offer! 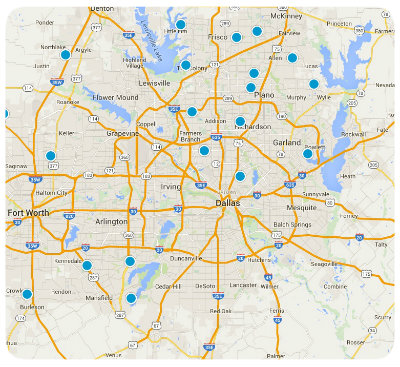 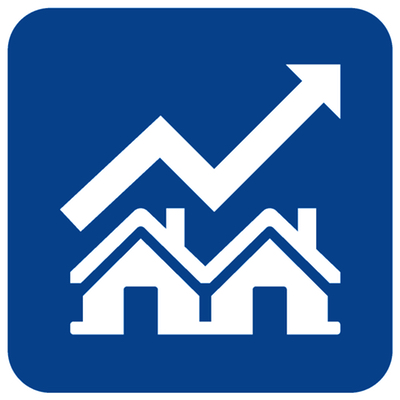 Finding the right home in the right neighborhood can be stressful. Whether you're looking to buy or rent, there are many details to consider: How good are the local schools? What is the crime rate in the neighborhood? Is the home near any sex offenders? Are there environmental or natural disaster risks I should be aware of? With Homefacts, you can get answers to these questions all in one place. 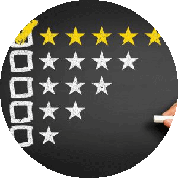